Sometimes, a half day wandering in the vicinity is as good as a holiday. Today we took a road trip to Feilding (yes I did spell that correctly), Marton (where our house originally stood) and Bulls (named after a person not a 2 tonne creature with a temper and horns).

Here are a few shots of the day, starting with Marton. It is a small farming town which appears to have fallen on hard times. The shops along the main high street are functional at best and of the second hand type at worst. However, if you lift your eyes from pavement level, some interesting history greets you. 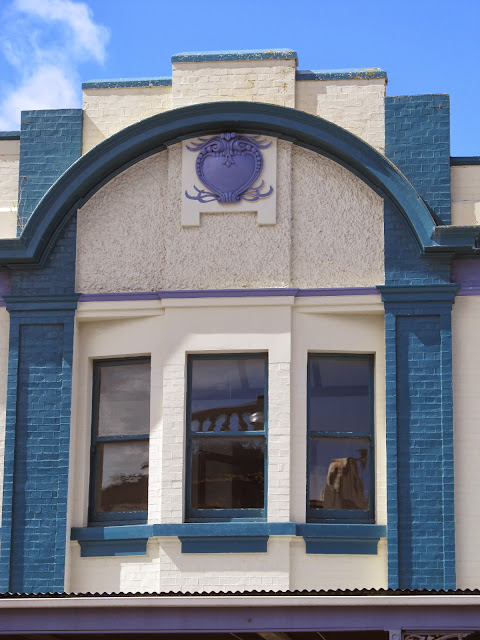 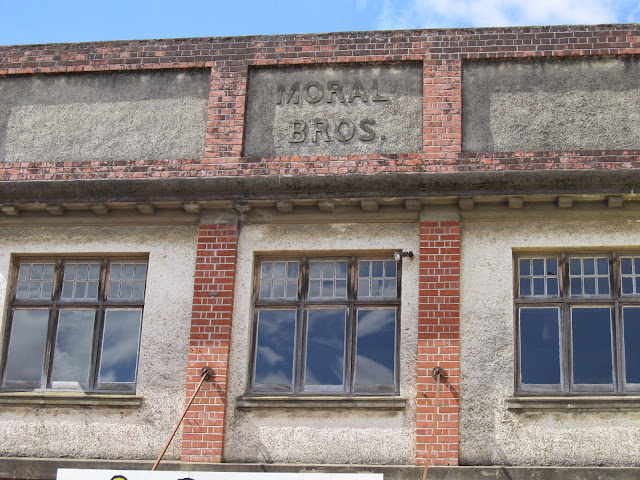 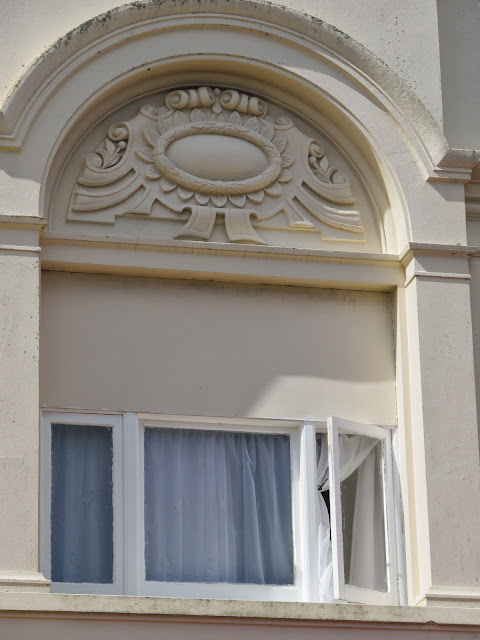 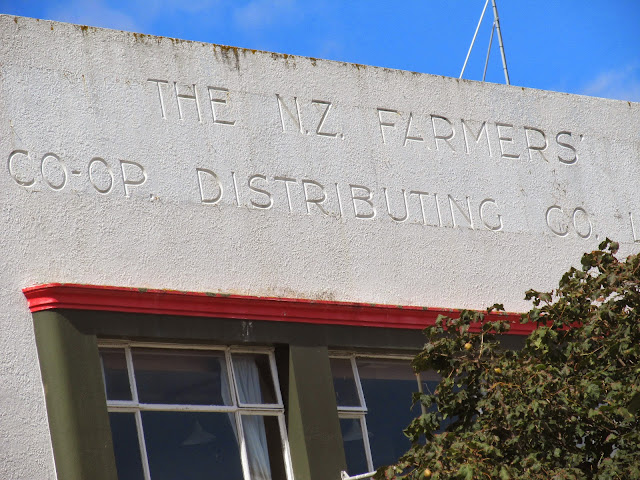 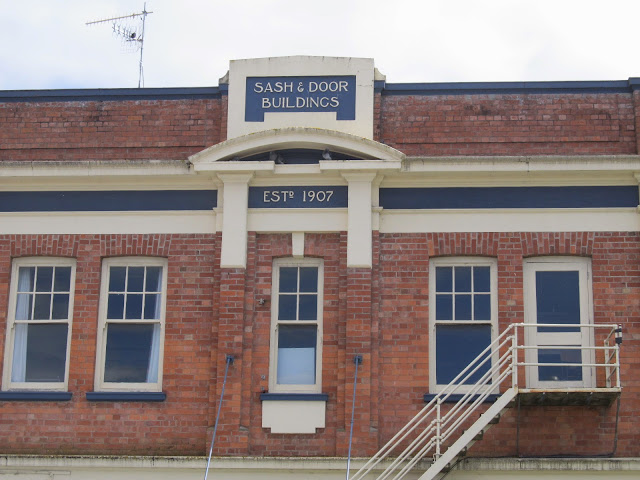 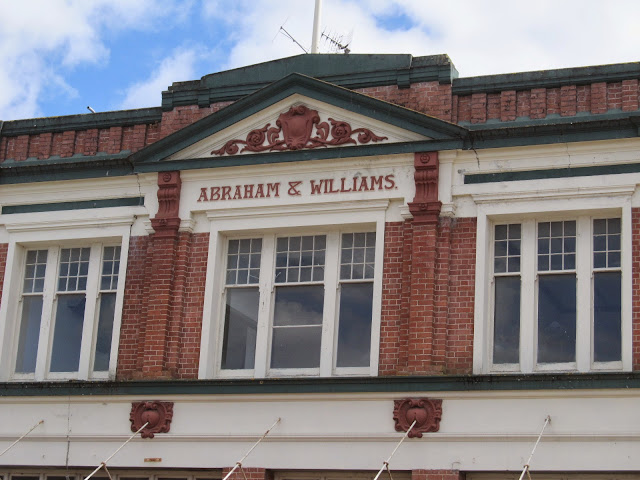 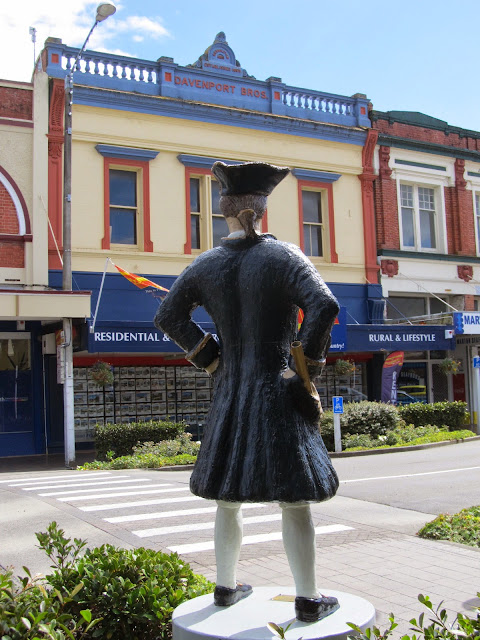 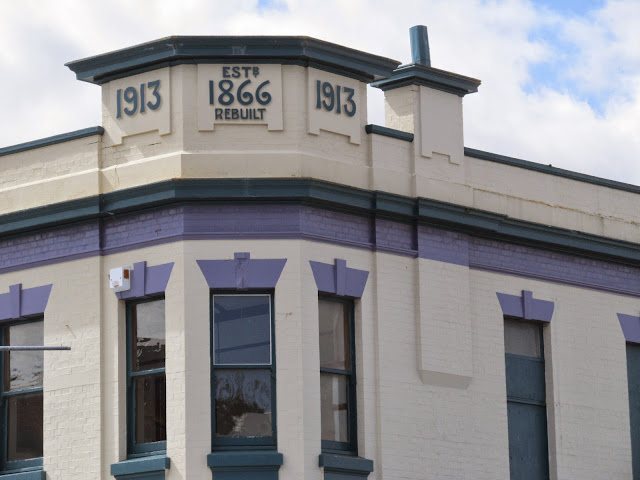 Oh and if you are wondering who the statue is, that is Captain James Cook. The town is named after his home town in England, Marton-in-Cleveland.

Then on to Bulls. The town has adopted the corny approach to its name; as per the signpost. But there are some seriously good antique shops in the town, where I purchased the funky rolling pin (I'm guessing this is either to make pasta or to cut strips of pastry for decorating). 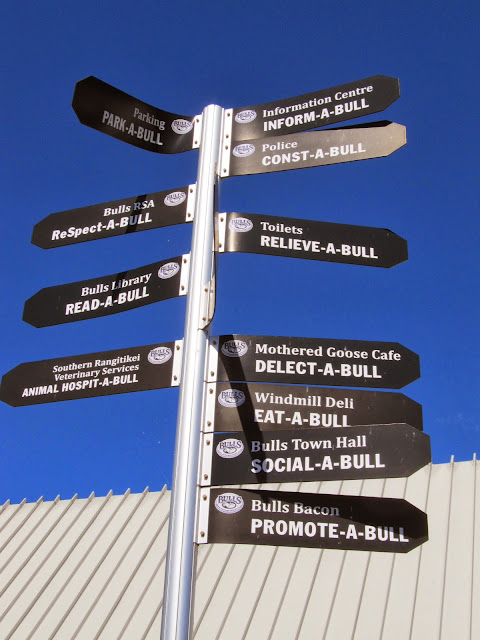 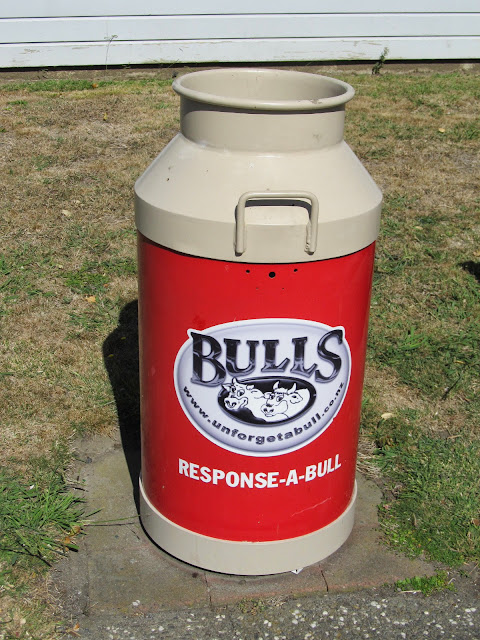 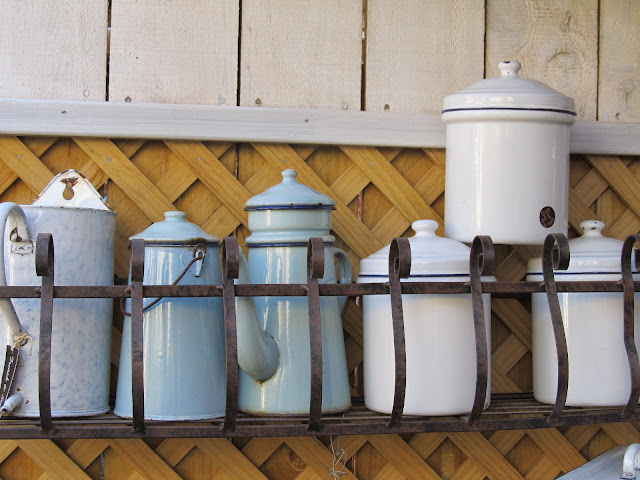 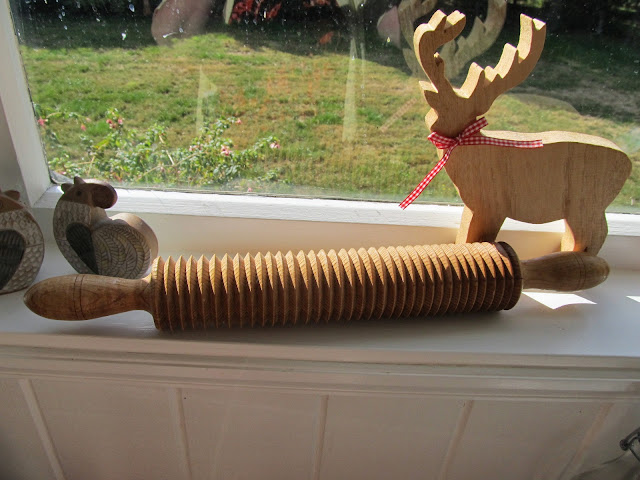