A pea by any other name

In the village where I grew up in N. Yorkshire, there weren't many shops. There were several pubs, a newsagent and a small row of shops purpose built in the late 1950s. If I recall there was a hairdresser and greengrocer in that block then a little further along the main road a fish and chip shop.

Fish and chips for our family was a Saturday treat about once a month. It was still in the days of being able to wrap up the meal in the "York Press". Amazing, no one ever died of an overdose of newsprint in the '60s.

The Saturday lunchtime feast would not have been complete without a dollop of mushy peas. They were gloopy and other worldly, resembling alien cuisine of galactic origin.

This evening, I made soup. Not an unusual occurrence, but this soup originated with a box of Batchelors dried peas (the staple for mushy peas). My husband, being of aristocratic stock AND a southerner, wouldn't have dreamed of eating mushy peas. So I disguised them.

Here is the result. Three ingredients only, dried "mushy peas", onion and vegetable stock. Absolutely delicious and my husband enjoyed the soup. 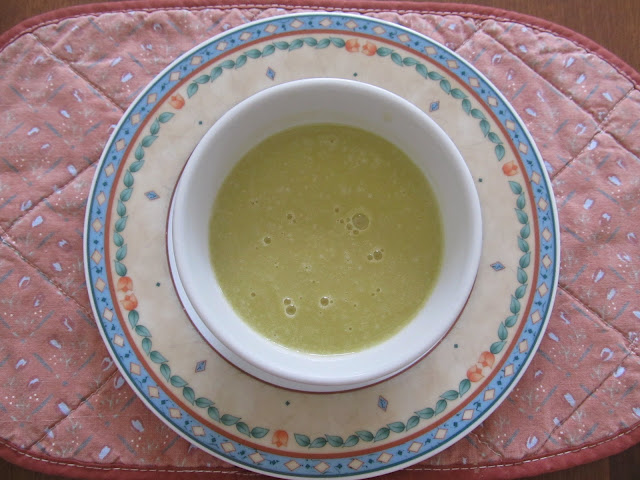