I may be creative, but I draw the line at wood pigeon pudding. No, I just happened to spot them in the cherry tree as I was serving up desert.

You tend to hear a wood pigeon (local name Kereru) before you see them. They are large, very large, and have a slow swoop and loud landing, as if the landing gear got dropped too late. They are heavy too. Many a telephone wire has sagged permanently when used as a habitual viewing point for the neighbourhood.

In an earlier generation the birds were hunted almost to extinction. No wonder, you could feed a good sized family with one of them! They were easy to catch due to their rather slow take off speed and lack of brain engagement. The pair who visited today normally hang out on our neighbours property, so it was lovely to see them bobbing together on a branch. I don't think they have anything to fear from Cumin as they are almost as big as her! 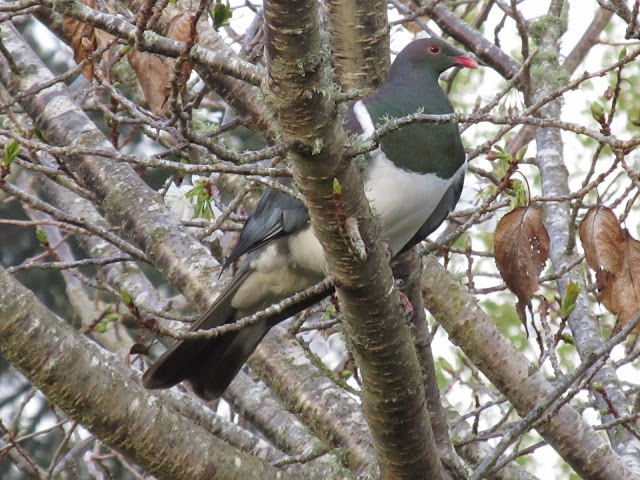 Tomorrow is Rosh Hashana, the Jewish New Year. The food used to celebrate the New Year usually includes apples and honey. The desert which was being served when the feather bomber command landed was apple cake with honey caramel. I've never made the cake like this before (I usually omit the caramel), but it turned out to be finger licking good, even if it resembled a caldera! 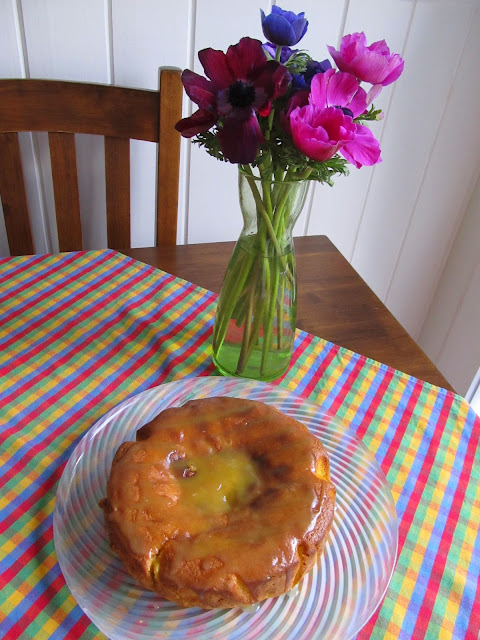 So "Shana Tovah veh Metukah" to all my Jewish friends from Coneysthorpe.
Posted by Jane at 23:51