The mystery of the post box in the night

Someone in our neighbourhood has a real sense of humour. I tied a length of red tinsel around our post box at the beginning of December. It is actually quite helpful to direct visitors this way, as there are a several driveways close together, and it is easy for people who haven't been to our house before to go shooting through the wrong gate.

A few days after I had put the tinsel around the box, some very pretty tinsel appeared around the post, followed by three decorative cats, and this morning by a flashing star! Also, some very nice magazines also started to be deposited. No note, no name. But it has caused wide speculation, which has included COAs (Christmas Obsessed Aliens).

So here is the Posties Progress: 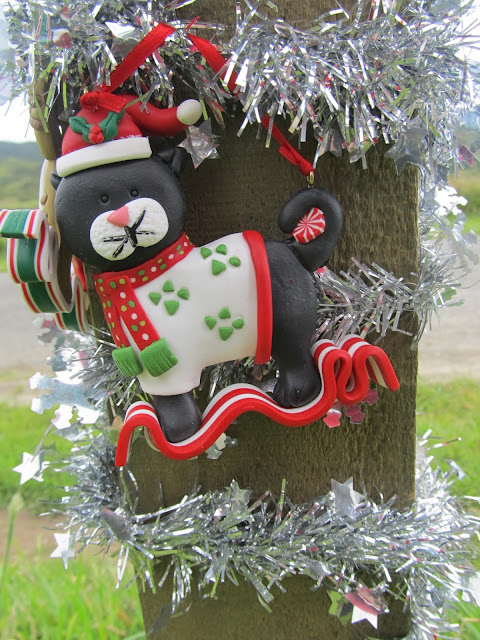 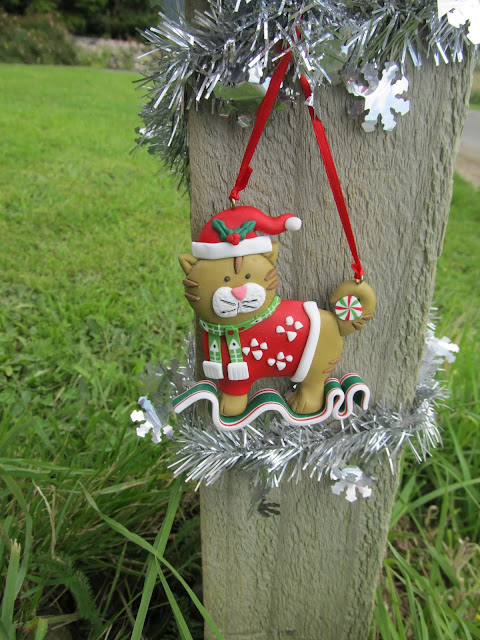 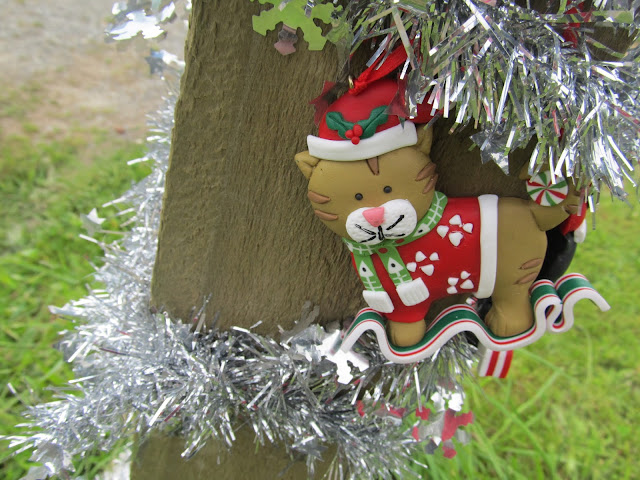 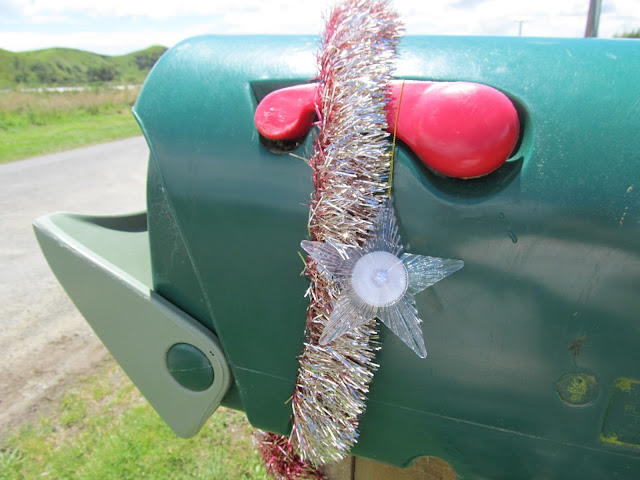 Meanwhile, creatures are waking from their slumber. Humphrey hedgehog was found yawning under the Empress tree. I put him under the flax so he had a few more bugs to snack on, after all, it is almost Christmas. 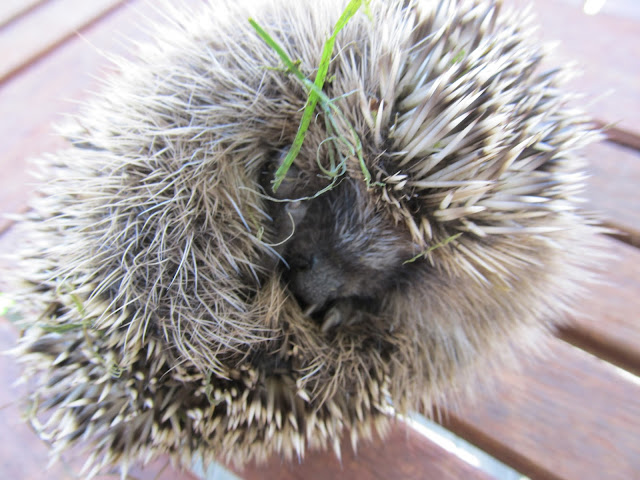