When a cat is not a cat

This morning before it was too hot, I started to tackle and tidy the mess under our Empress tree; we lost a lot of branches in a recent (and rare) heavy storm. They were impeding the mower so it was definitely time to chop and sort them ready for winter.

As I huffed and puffed away I heard a sound I thought I recognised coming from the boundary with our neighbour's driveway. It was loud and remarkably like the sound our tabby cat makes when he is about to throw up. As I hadn't seen him since late last night I was a bit concerned he might be ill, so started to pull and tug the forest of tall grass and weeds where the noise was coming from. The noise changed to a snorting, gurgling sneeze and wheeze, again quite loud and definitely not the sound of a slumbering moggy. There was no sudden rustle of startled cat or streak of grey stripes flying out of the undergrowth. Then it went silent. I pulled away yet more grass, but couldn't see what it was.

I went back to sawing wood.

A few minutes later the same sound, but more urgent. I tugged away again at the direction of the sound, but no sign of anything feline. I became alarmed as I thought perhaps I was about to disturb a grumpy and fierce possum.

Then I saw the movement of a prickle, then a paw, then a pair of nostrils. Miss Tiggy Winkle was having a bad dream and was rolling herself in a pile of dried grass cuttings, obviously fleeing an unknown enemy.

I tucked her up again and she snuffled contentedly, not missing a somnambulant beat. 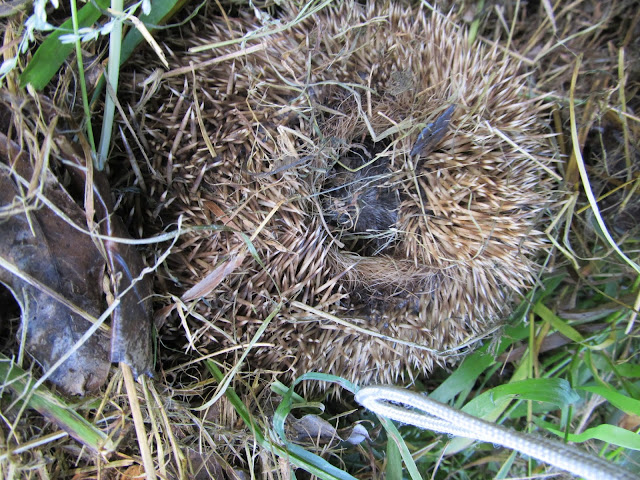 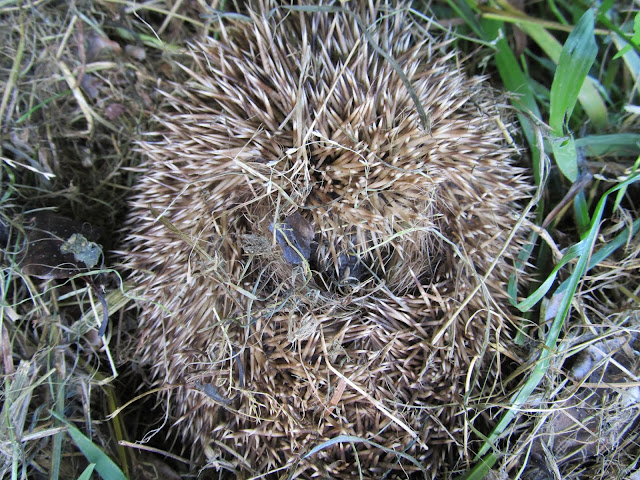