He's a sofa of a pig. He is the equivalent of a four seater with an extra footstool, and reportedly he is a big softie.

A few weeks back, I bumped into the Postmistress's husband in the local fruit and veg store. He waved a big bag of apples and stated "These are for my boy. We've had to put him on a diet". The said "boy" is their pet porker Hinu. Hinu is a corker of a porker, but he is a fortunate boy, as he is not destined to be eaten, just loved and spoiled by his human mum and dad.

He can occasionally be found smoking / sniffing the carbon monoxide fumes on State Highway 1, separated by only a flimsy metal barrier on the hard shoulder. Mostly he is too lazy to count number plates, and his extra girth is giving his knees gip. So more often than not he is recumbent in the grass flicking his tail and dreaming of afternoon tea (which is usually any leftover bread and milk from the day before at the shop.) 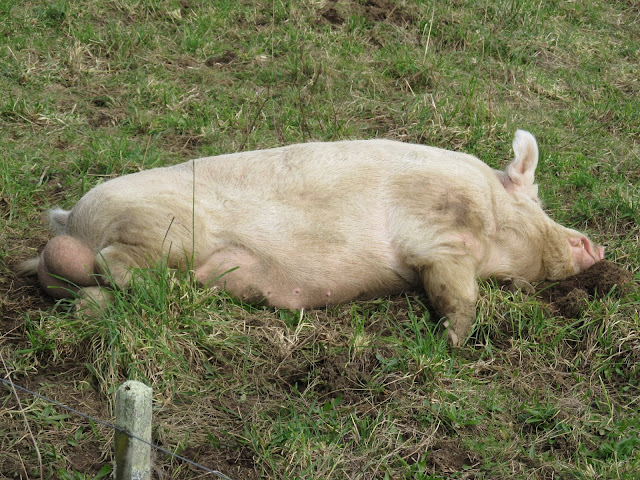 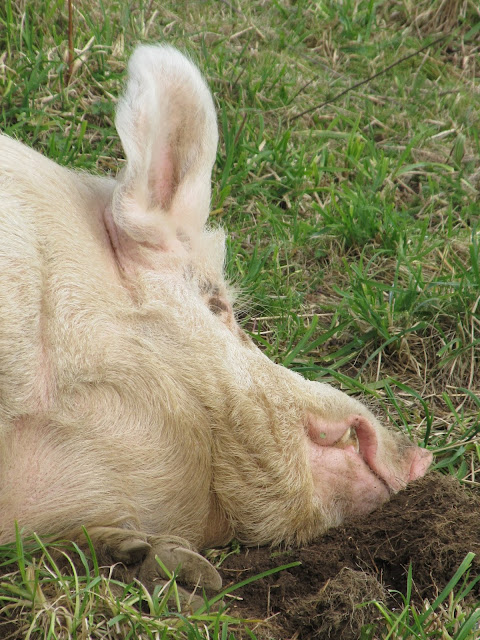 When he is bored he can be seen walking around the paddock wearing a large blue bucket which delivers the afternoon delicacies, and when an energetic moment strikes, he roly-polys down the slope to the river, thereby to receive a beneficial mud pack treatment. It's called maintaining ones complexion I believe.