For the last two years we have succeeded in preventing starlings grabbing our Post Box for their nest. Year one was a disaster, three months of dirt, twigs and dead progeny, not to mention a very smelly box afterwards. They nest in our trees, our eves, our verandah, but I draw the line at the Post Box.

This year, we may have cracked it, due to the innovation of our next door neighbours. Their eldest boy made a scarecrow and parked it next to their letter box. We are hoping its effect will carry over to ours. 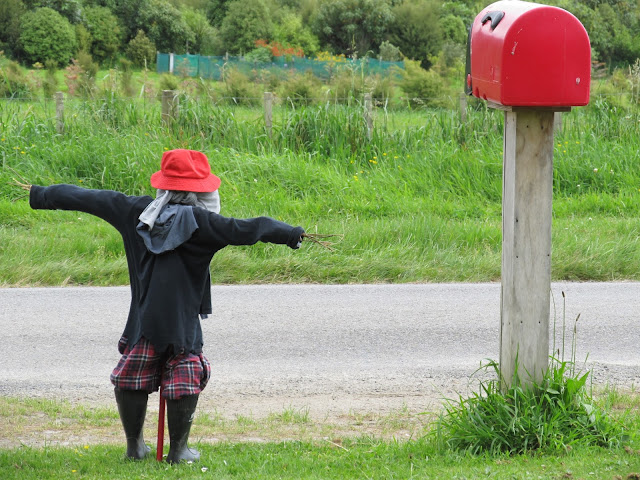 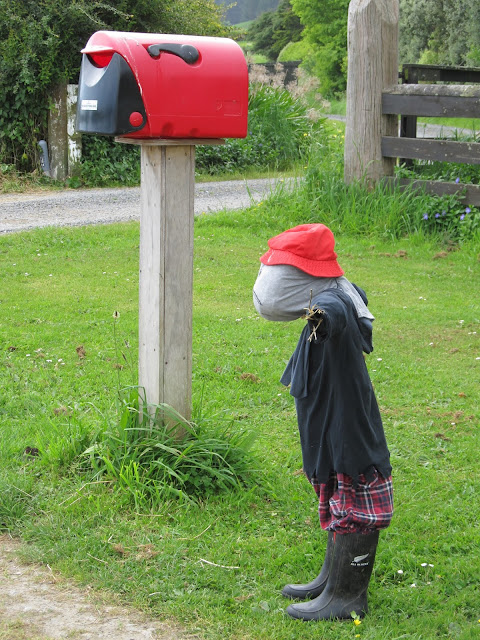 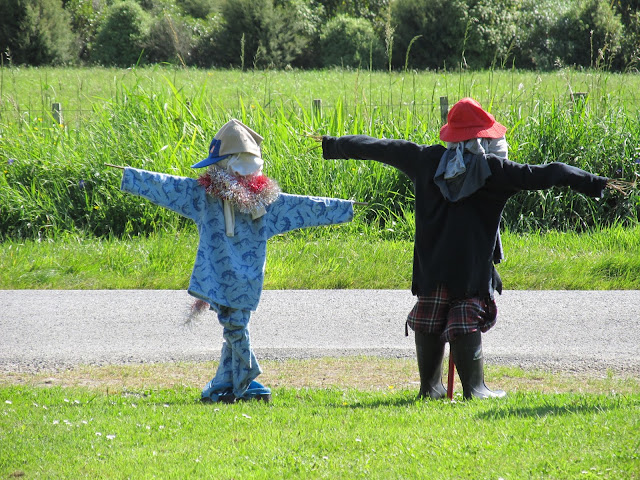 Sadly, it won't deter Egna the Hen who has now decided to take her progeny on a tour of our garden, which includes the newly dug over veggie patch! 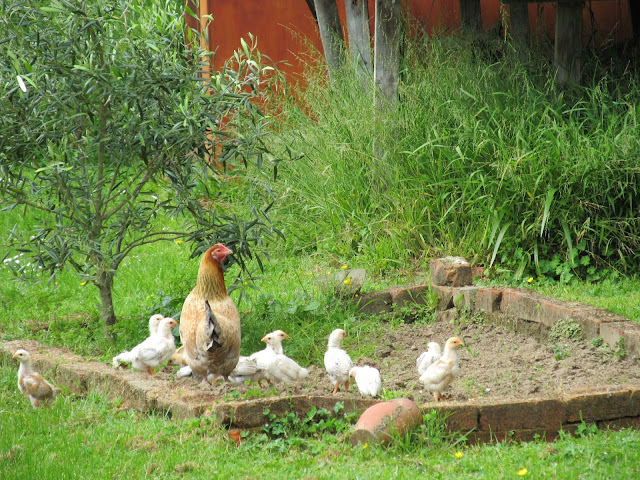 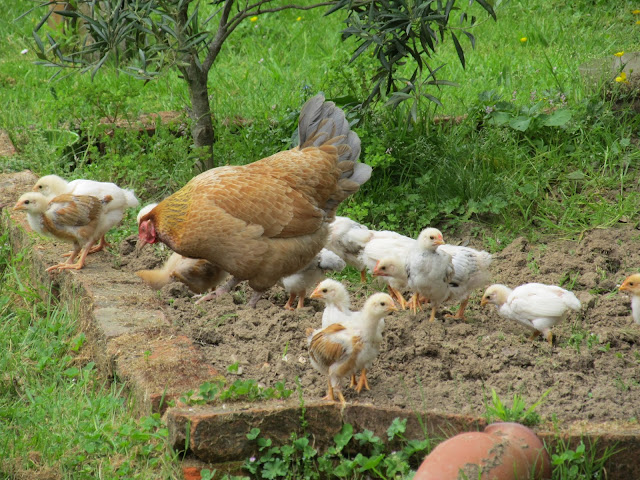 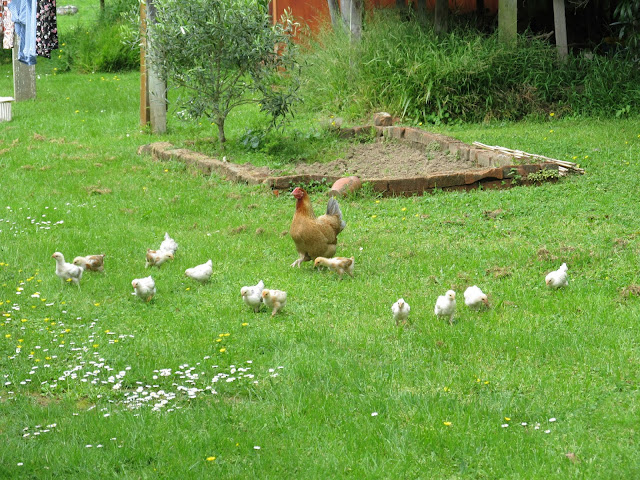