We live in an ideal part of the country to dry laundry. We lack the maritime howling gales of Wellington, and rarely get sudden deluge type rainfall. Yesterday was an exception. It was glorious sunshine when I hung out the washing, and a few minutes later we had our own personal weather system in the specific direction of the woodpile and washing line. The compensation was the rainbow! 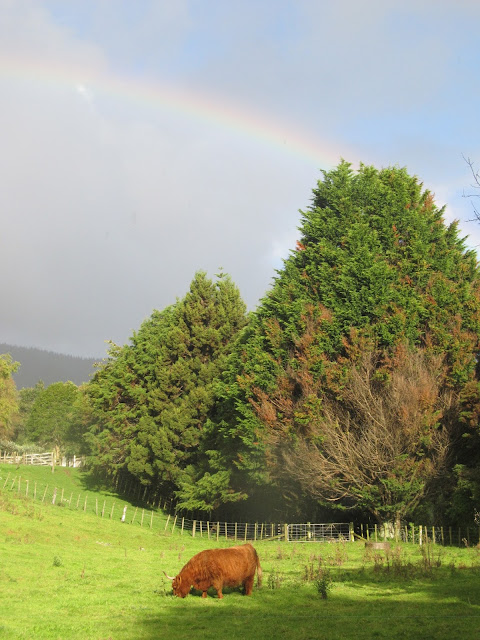 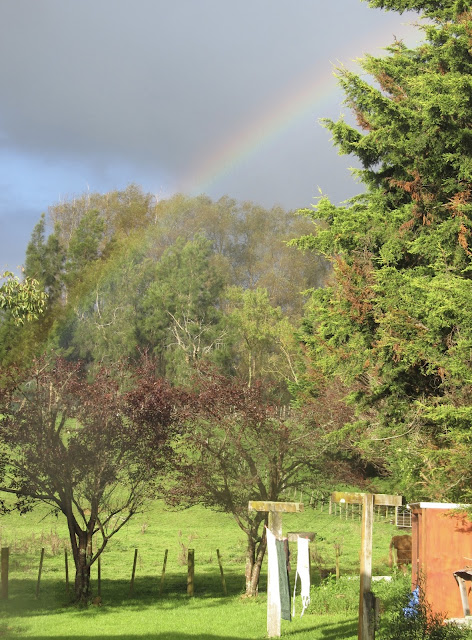 The rain meant that Mademoiselle Hunter was able to flush out a mouse and the little minx insisted on exhausting it by chasing it all over the wet grass. By the time she finally retrieved it, it was well marinaded from running on the sodden lawn. 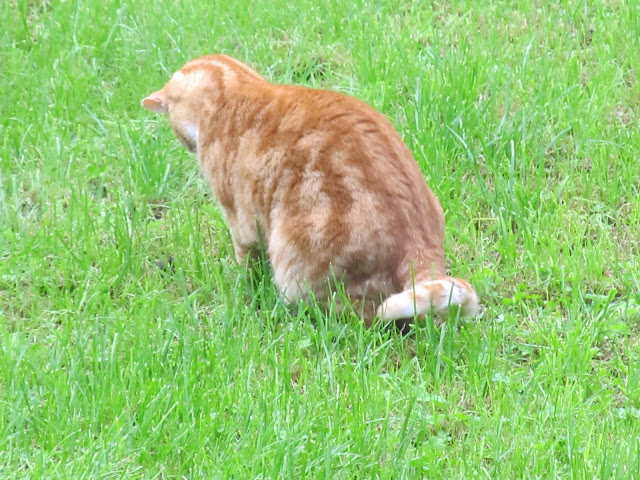 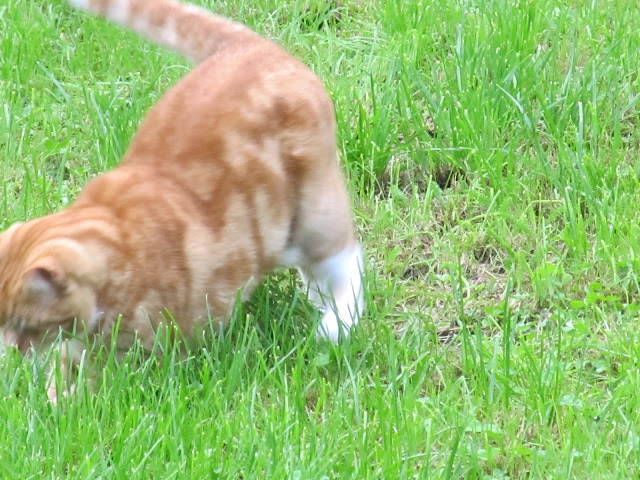 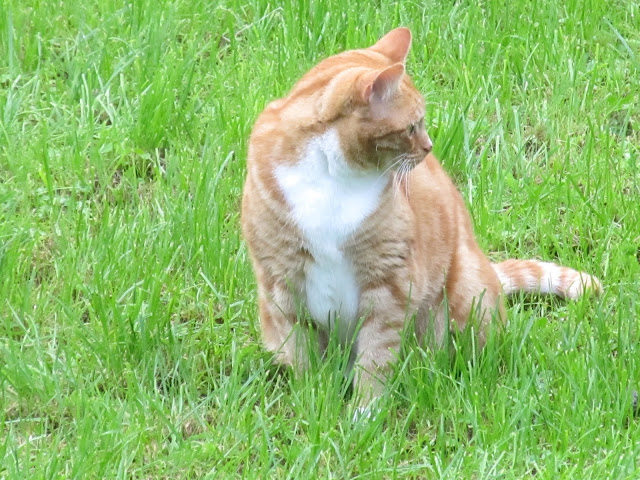 Meanwhile, "large ginger" was content to play with various items under the secretaire. 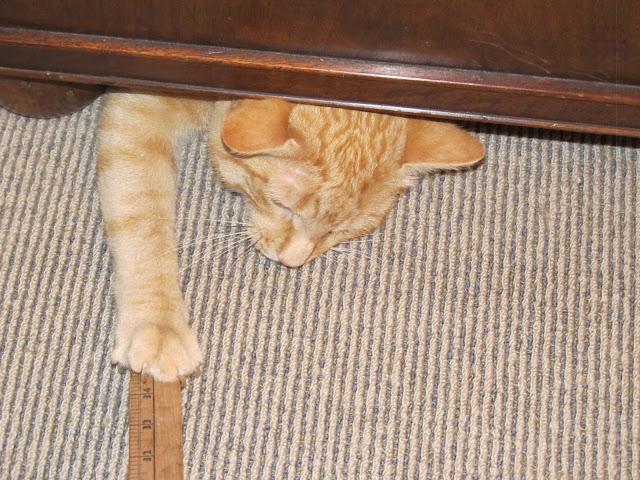 He has been very subdued for about a week. He got into a horrible fight (his first real bust up) the night Cyclone Cook rolled through. We took him to the vet first thing on Saturday morning and he was covered with wounds, one of which, near his tail, had caused it to droop in a very alarming manner. He has the most unusual tail normally. It has the stiffness of a coat hanger, even when he slumbers, so to see 6.9 kgs of despondency moping around with a sagging tail was really sad. Happily, after three days it is almost back to normal and obediently curls up around anything it bumps against. 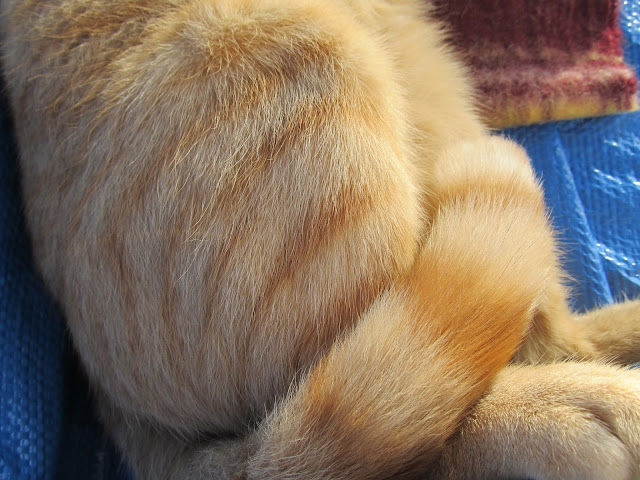 And as if to confirm that all was now right with the world, and the weather, we had a cat shaped cloud hovering over the house yesterday. Do you see it? 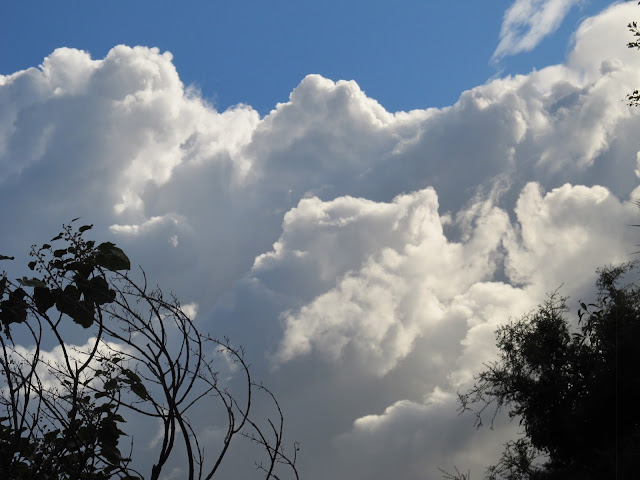