It's been an awful week for New Zealand. There have been three major earthquakes in the last century, on Sunday night / Monday morning, no 3 arrived. 7.8 on the Richter scale, doing major damage to North Canterbury and the capital Wellington.

I happened to be up when it hit at 12.02am. I was in the bathroom at the time, but got myself to the bedroom quickly and lay down by the bed on the floor. The shake was massive, and we didn't get the worst of it. It was felt throughout New Zealand.

So six years after Christchurch was levelled, we have to start again, again.

Once again the amazing courage and resilience of the people in New Zealand has emerged, but at huge cost. Prayers would be appreciated, donations to the amazing NZ Red Cross even more so.

To try to strike a note of normality, we went out for our usual weekly coffee this morning. It was good to see that for some of creation, life just continues. Mrs Blackbird was stealing crumbs and whipped cream (!) from an abandoned plate when we arrived. Then we saw her fly to the rafters and snuggle down onto her nest. 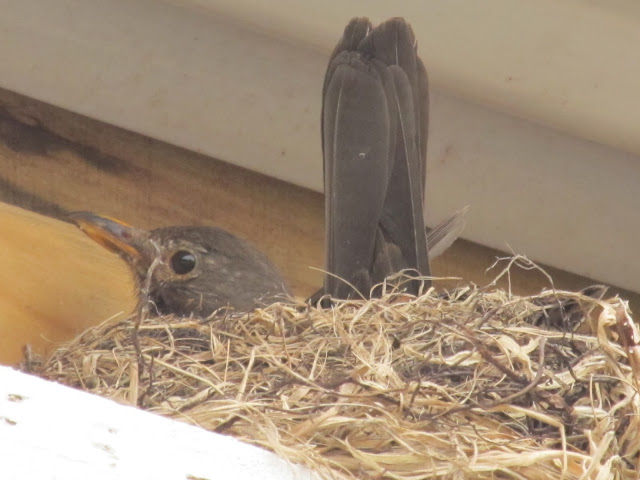