We have a huge garden. It was planted by someone with easy maintenance in mind. But it still takes a lot of work, and we aren't as young as we would like to imagine we are.

Last year, for the first time, I planted some beans, and was delighted that they actually grew! Having a vegetable garden was a novel experience for me.

This year, I have repeated the beans, and added sweet peas as they are the favourite flower of my childhood.

But there is a thorn in paradise; we have had nocturnal bunny chomping. No sooner had my beans started to do their upwardly mobile manoeuvres, but they were nibbled down in their prime. I suspect Hortensia hare, as she is huge and beautiful and looks like she eats three times a day.

So my scarlet runners are going to have to run a lot quicker if they are to outrun the hungry hare.

After the great scarlet runner discovery, I nearly tripped over a large and thankfully very dead rat on the lawn. It is always difficult to know which of the "boys" has been busy, but judging by the soporific positions of the ginger today, I think it my have been him. 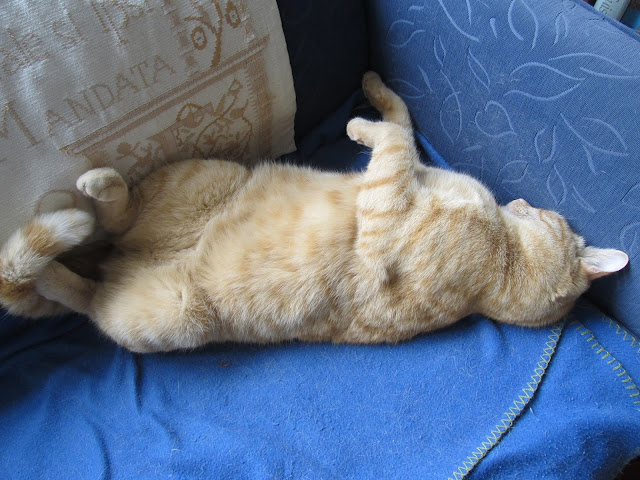 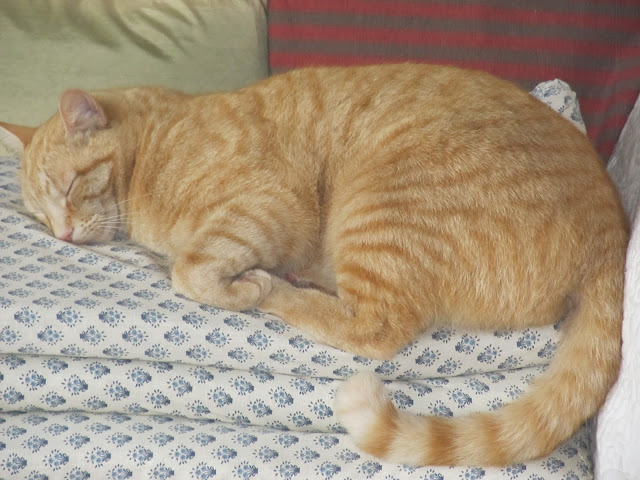