Before Mango showed up one very cold June morning, we had considered getting a Norwegian Forest cat - that was until we realised that we probably wouldn't see it much, as our property is covered in trees, and they like climbing them. Rather get a lap cat / basic moggy / street special.

Enter Mango, who loves to run up trees, swing from high branches, and generally behave like a Barnham Circus trapeze artist. I can seldom catch him on camera, because he is too swift. But I can usually get a shot or two of him whistling at the bottom, pretending he is just polishing his nails! 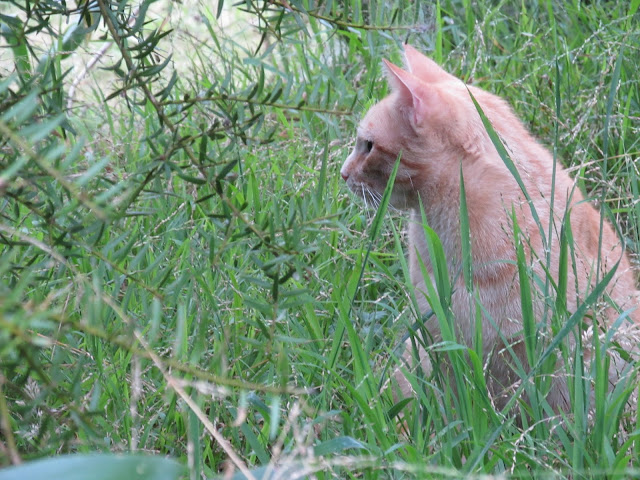 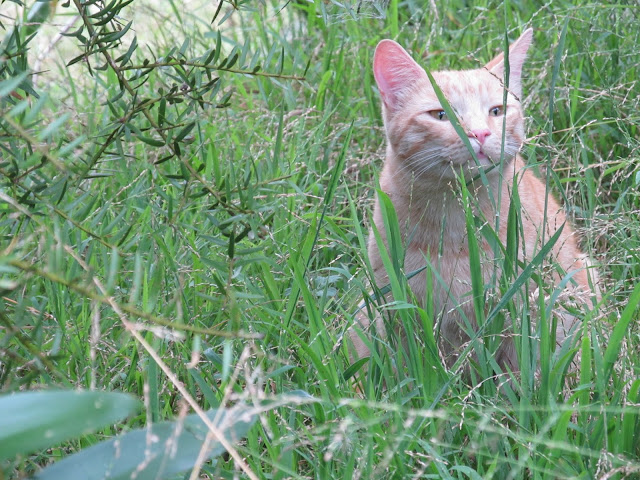