There is something enormously comforting about making a fish pie. Because they take a wee while to assemble all the components, you should only really make one when you have a bit of time. My excuse today was that last night's meal was so disastrous (the remnants were put in my neighbour's mail box for her dog's dinner), I had to make up for it somehow. Enter the pie.

I think I started making pies when I was a student. I had a slightly strange recipe book from the 1970s which included exotic delights like Russian Kasha! Not sure how that recipe snuck past Brehznev to the West, but it did, and I once served it to a close friend (who still is, remarkably). I think that is why I always call this my Russian fish pie. Not necessarily because it would be approved of by a citizen of that fair land, but simply its proximity to Kasha in the weird cook book.

Today's offering is more of a Scottish, Kiwi, Russian, Greek Pie. I concocted it with mackrel, salmon (the Scottish part), hoki (the Kiwi part), mushrooms (shades of Russia) and topped with Agria potatoes, which I think of as Agora potatoes - hence the Greek connection! It had better make a spectacular entrance this evening at dinner, or I could be demoted to scullery maid. 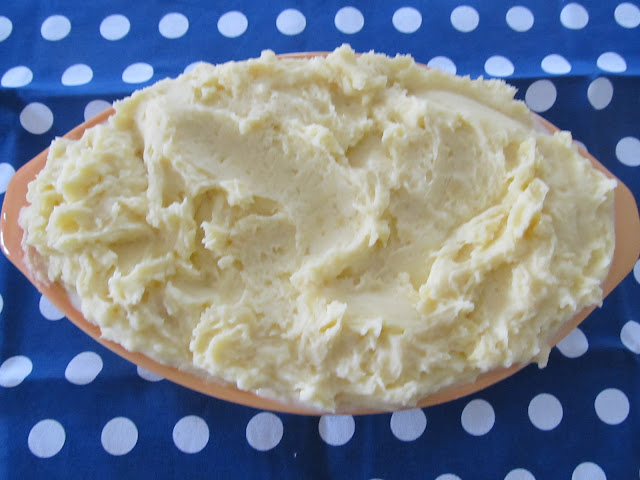