When I was in school we learned the phrase "pathetic fallacy" to describe when nature seems to mimic your emotions. Yesterday we had very serious flooding in the N. Island, and a month's worth of rain fell in a day. Today is no better. It mimics how my husband and I feel today. We lost the great cat love of our lives.

Otto was 14 and a half years old, and he came to us with his sister 10 years ago. We adopted them from our next door neighbour, or I should say they adopted us. The neighbour worked long hours and was seldom at home. We were always at home, so they decided to move in to our living room/veranda/bed/office. When the neighbour bought our house (the property was semi-detached), she asked us if we would like to take the siblings to our new home. We were thrilled.

Otto was a unique cat (aren't they all?). He was 6.9kg of LURVE! He was protected by his feisty tortoiseshell sister, and boy did he need it. Not very smart, no balance and the appetite of a large hoover, what he lacked in brains he made up for in personality and affection. He and my husband became inseparable. Otto would fall asleep in the filing tray whilst he worked, would trot around after him in the garden, and when he fossicked in the shed, he would join him there too - famously once falling off the roof as he gazed inside.

We lost his sister 5 years ago, almost to the day. He howled for a week, so we brought home a scrappy little ginger kitten. Initially he was terrified, but after he got over the shock of 1.7kgs of sound system and purrs, he fell in love. They were inseparable and she loved being washed by him. A ginger blur was frequently running around the house with fur licked in several directions, giving her the look of a blow dried guinea pig.

Three years ago, we introduced an "apprentice" for Otto, a tabby street urchin, with no finesse and very little "by your leave". Madamoiselle ginger took umbrage, but Otto patiently licked the kitten into submission, and a duplicate fur style emerged with the little boy. Otto was determined to be Dad and hairdresser to all.

He struggled from the age of 8 with thyroid disease, but because our clever vet picked it up early, he was treated early, and with medication he survived almost 7 more years. But then the tumours multiplied, and his heart enlarged and he dropped weight dramatically. Always a chatter box, the conversation became more fraught in recent weeks as he desperately tried to tell us how he felt. He struggled to eat (we knew this was the beginning of the end). This morning he was disorientated and kept coming into the kitchen to "bother me". I called my husband at work and we took him to the vet. He is now at peace curled up on a box with a blanket on our veranda. We will bury him tomorrow in the copse of trees in front of our house. We are so so heavy hearted.

Dearly loved cat, you will be missed more than you will ever know. 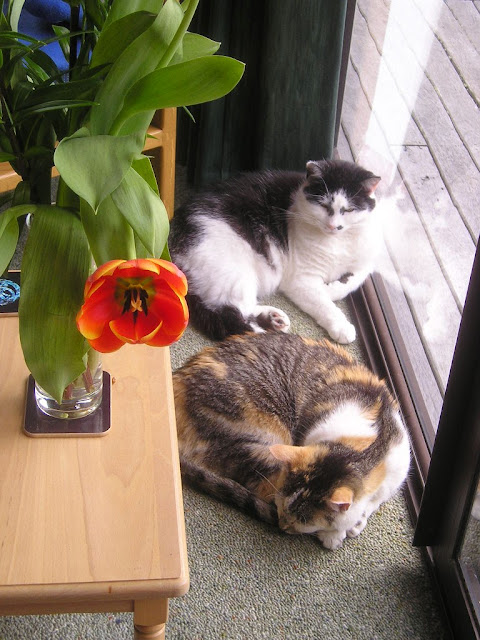 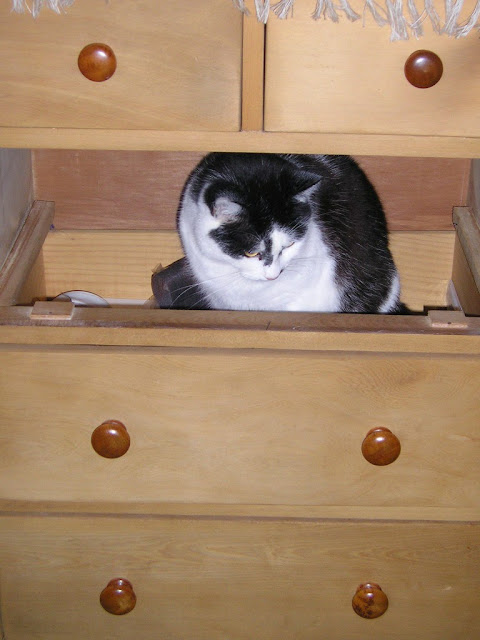 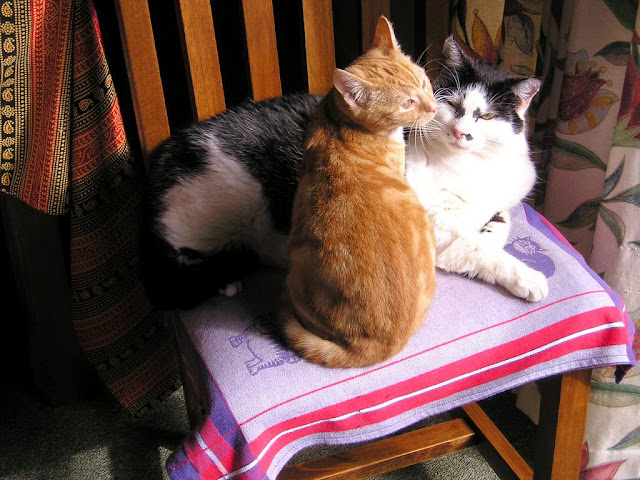 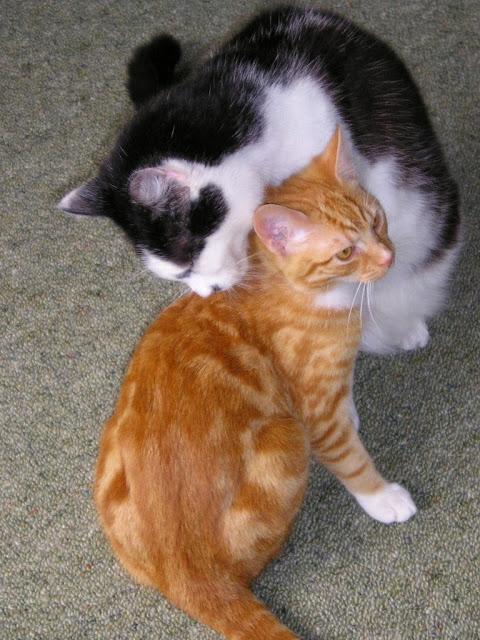 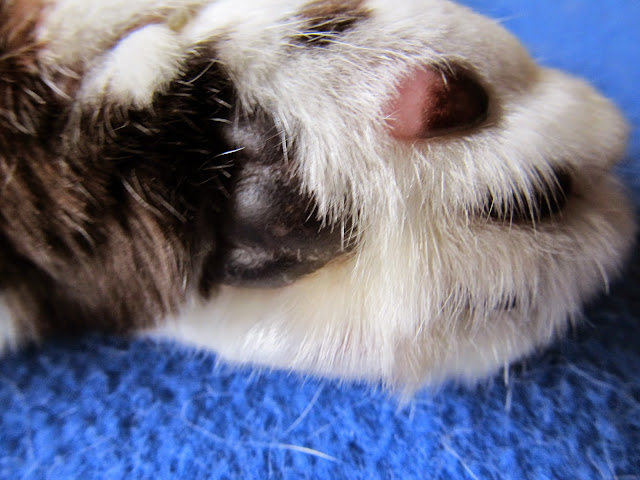 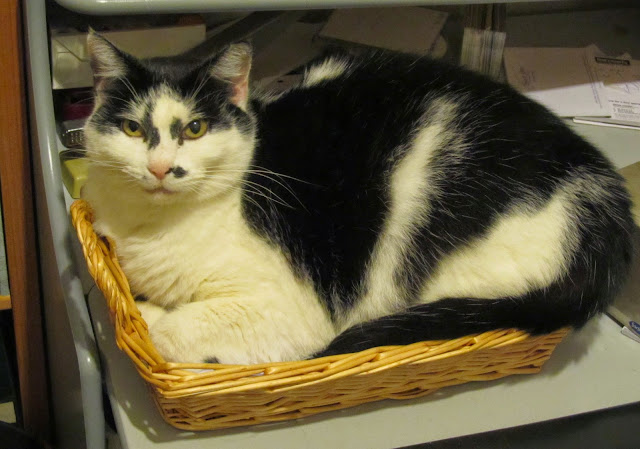 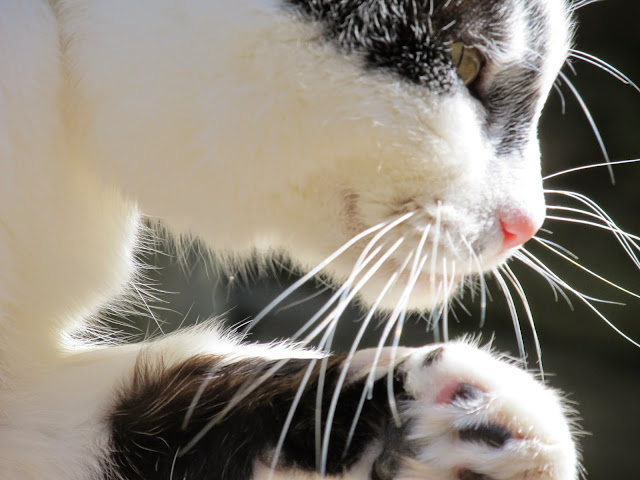 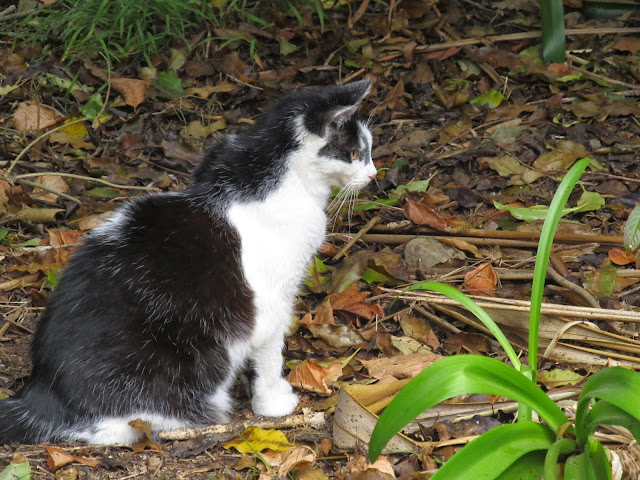 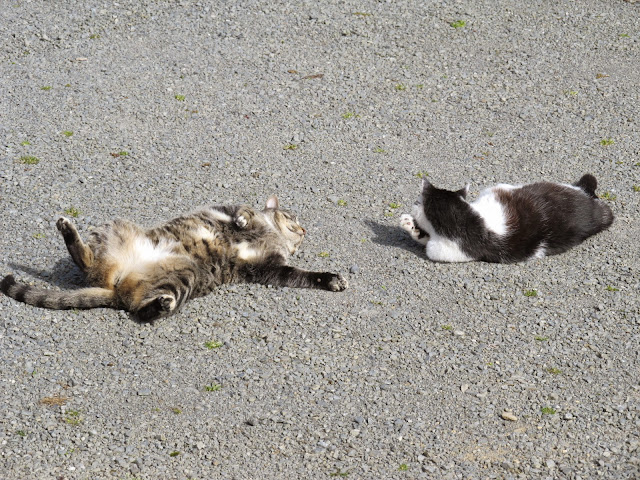 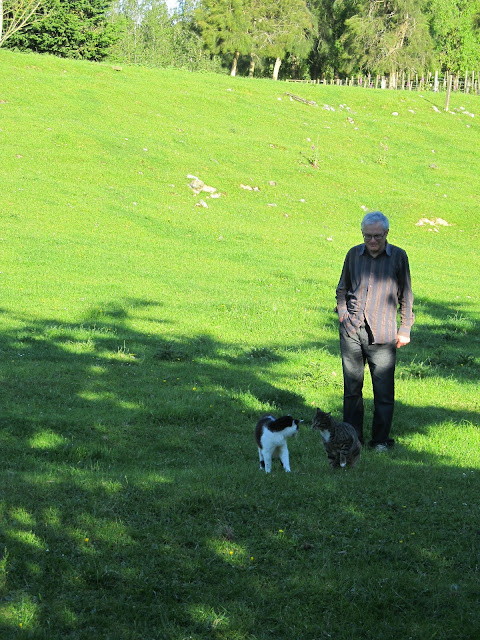 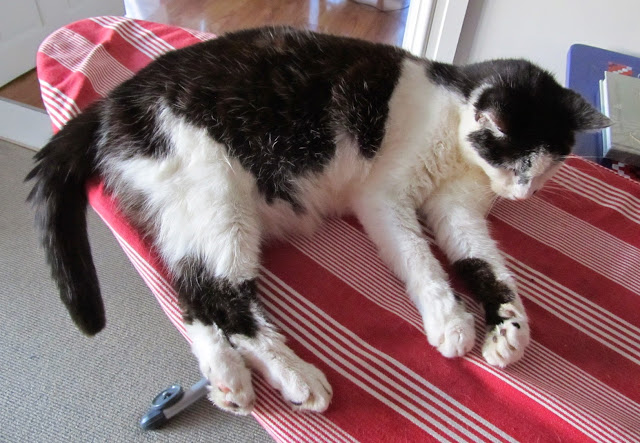