This evening I had a wander around the paddock, as the calves are grazing next door at the moment with their mums. It has been a very blustery day and thunder clouds threaten. I had just started down the hill when I heard my husband calling me. "I've got a bird here. Cumin brought it and dropped it in this box". The poor wee thing had most likely blown out of the nest and she had picked it up. It was a fledgling, with almost full wings and lots of feathery down. Undamaged, except we had no idea where he had come from, so no hope of returning him to the fast food restaurant of the nest.

Without feeding he would die, so I've done something risky, and deposited him in the 5* Post Box Nest with Mrs Industrious mother Starling. I'll check on him tomorrow. She will have either adopted and fed him or he will have keeled over with the shock of it all. I hope the former. 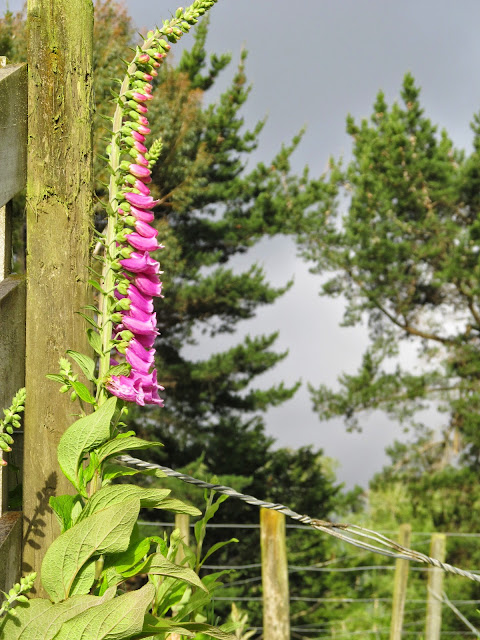 I just checked on the Starling's nest and there is no sight of the wee green bird. He wasn't lying on the floor at the bottom of the Post Box either, so he must have recovered enough to fly out of the nest. Phew