For five years now, I have had a running battle with a family of starlings who like to nest in our mailbox. The first year we lived here, I allowed it - through ignorance.

Getting out the nest after the birds had fledged was horrible. There were fleas, there were ticks and there was a dead bird.

It's not as if there aren't any trees or rooftops. We have 3 families of starlings in our roof and every year they make an unholy mess of the side of the house with their pooping. That's fine, it can be washed off. But I object to bird poop all over our mail, especially at Christmas.

So, in the last month I have tried a number of tactics to put off the starling. All have failed. I just took the photo below half an hour ago. I thought I had packed the fabric into the letter box well, but no, three inches of straw had been wiggled inside. The pile at the base of the box is the last two days worth.

Ask me at Christmas if we won the battle. 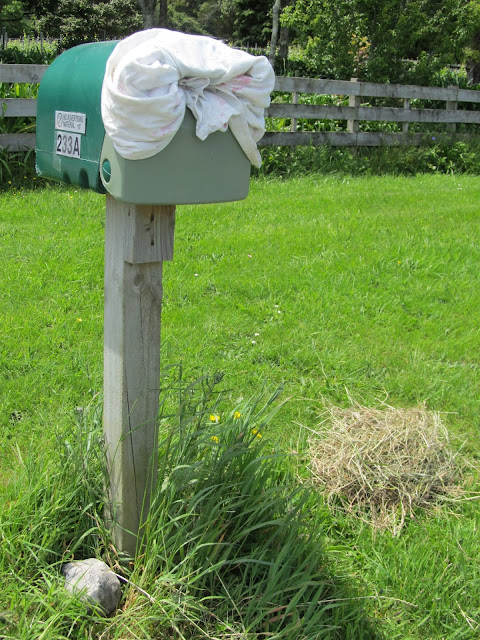