We have lit our first fire today. More because the temperature is due to plummet later tonight and into the early hours, so it seemed prudent to dry out the atmosphere in the house after last night's deluge. 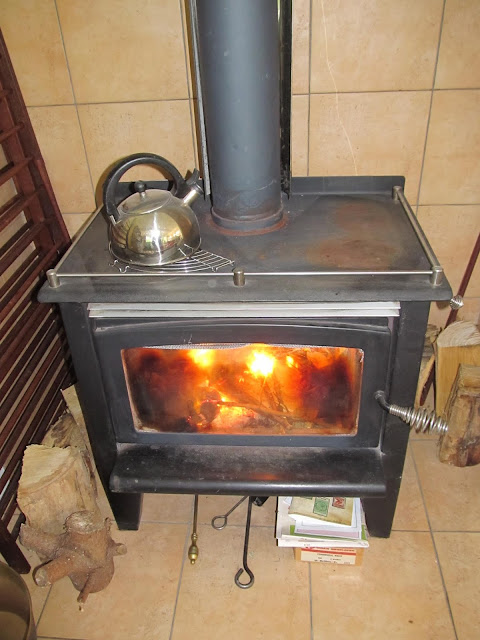 We got off lightly last night. We had very heavy rain in fits and starts, and lots of thunder and lightning, but by this morning, all was clear again.

In the midst of the storm the cats were fascinating to watch. Our youngest (ginger tom) was enthralled by the light show and cosyed himself inside the curtains in front of our verandah windows to watch the show. Our tabby - the permanently stressed semi wild child, responded to each boom by running out into the rain. He did exactly the same as a kitten, ran into danger rather than away from it. We managed get him inside only for him to rush out again through the front door when I opened it briefly!

The ginger princess was nowhere to be found. I went to bed concerned. She doesn't wander far normally, so I thought she would come in soaked in the middle of the night. By 2.30am, there was still no sign of her. I bundled up and went to the garage, thinking we may have accidentally locked her in. No, no sign, but as I turned back to the house, there she was on the front doorstep hopping around waiting for me to let her in.

So, all was well and I was able to sleep. 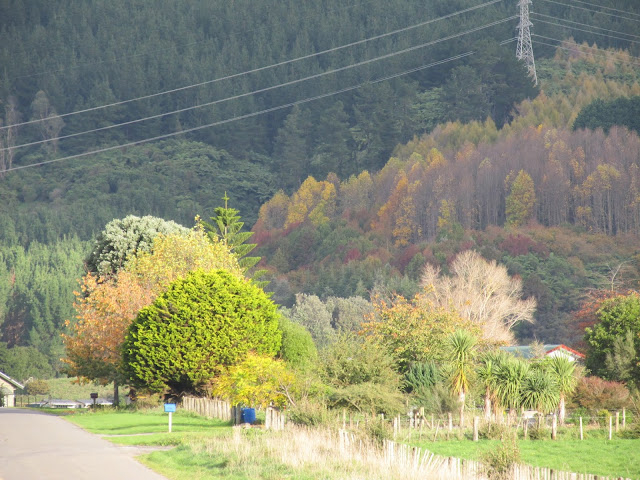 I absolutely revel in this time of year. I love the colours and the fall of leaves, so different to Wellington, which is stubbornly evergreen and resolutely non-deciduous!