We are four days into winter officially, and we have glorious sunshine. This weekend we celebrate the Queens's birthday, even though it isn't her birthday (thanks NZ!). So our roads are full of holiday makers driving up and down country with their boats and bikes attached to bits of their cars. It can be frustrating to get stuck in the queues, so we generally don't venture beyond the end of our road on holiday weekends.

Today was an exception. I wanted to go an antiques fair three towns south of us here. So off we trotted and were surprised at the lack of holiday queues. The fair was full of items which didn't appeal unfortunately. However when I saw this necklace, it shouted "take me home with you". It is 1910ish made from heavy duty glass beads. It was the curl in the colours looking like a flappers fringe which charmed me. So this was my indulgence for the weekend. 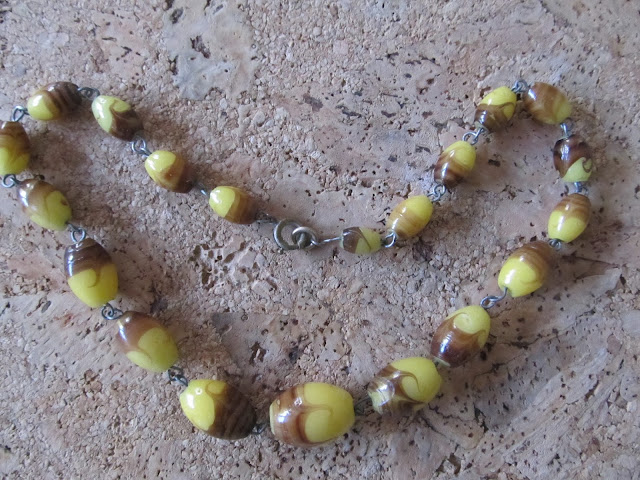 On returning home we both headed to the garden to do some tidying up. I pruned and collected branches from the Empress tree which were scattered over the grass. I was ably assisted by "Mr I Like To Show Off Climbing Trees" He is too fast for me to capture on camera, but here he is contemplating the jump up the weeping mulberry. 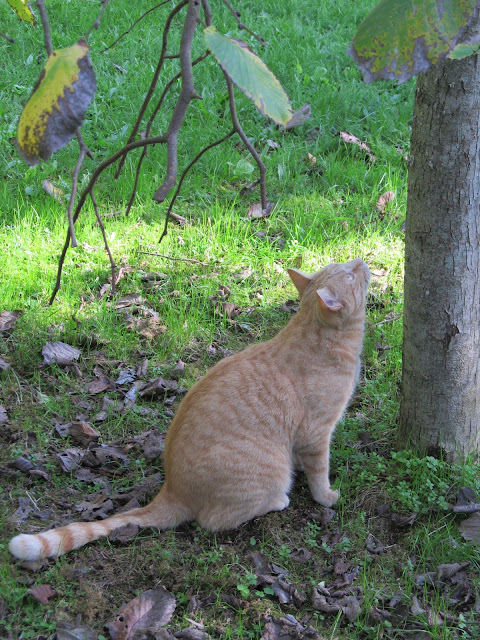 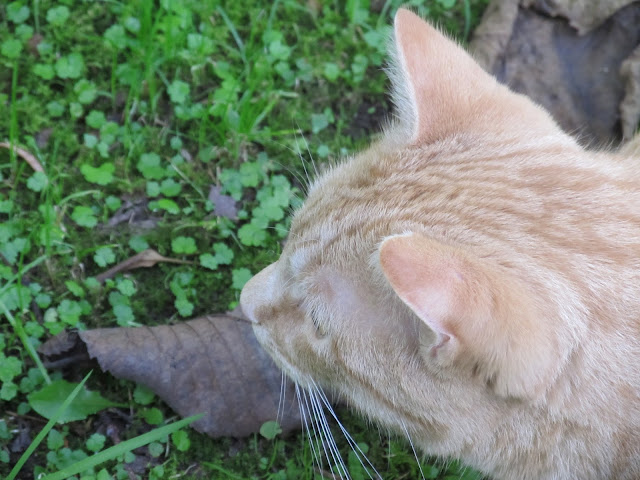 And the final autumn colours - a vegetable flaky pastry "something". Basically puff pastry filled with a mixture of creamed corn, egg, grated cheese, spinach and lots of butternut pumpkin. 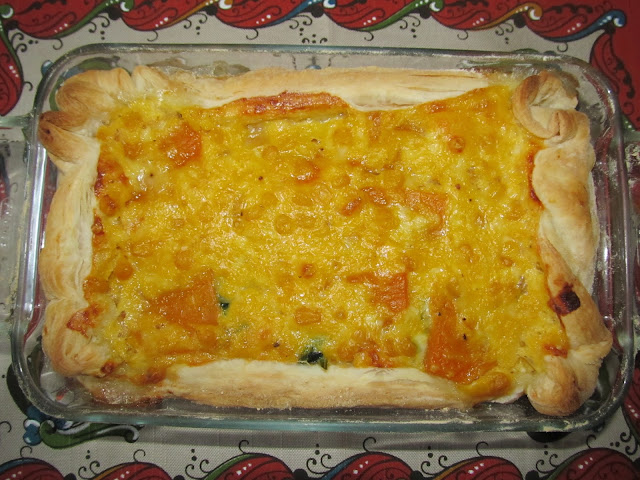