A bit of a jam

The weather has been very wet for this time of year, and mild. This means the plums have arrived earlier than normal and caught me on the hop! It could be a bumper harvest and as I have been working full time I have been disinclined to climb trees to harvest very out of reach fruit. So now things are getting a little pressing.

The day I got my first bucket load our "baby" ginger joined me, gleefully running up and down branches, which was rather handy as it bounced them a bit closer to reach. I have just made my first batch of jam, but there are many more yet to deal with - and all before Christmas day!

Last night the same ginger, who has been denuding the Christmas tree of ornaments he can fit in his mouth, brought us an ornament. At least that is what I think he was doing as he flung a dead rat into the air close to the tree. It was midnight and I wasn't in the mood for lengthy explanations. The rat was duly captured under a box and ginger locked away until I could dispose of the alternative Christmas angel.

I have to keep reminding myself that he is still a baby and wanting to play. So this afternoon I went to a second hand shop and bought him a toy. Much grooming of the bear and cuddling took place before he suddenly fell asleep, just like I have seen many a toddler do. 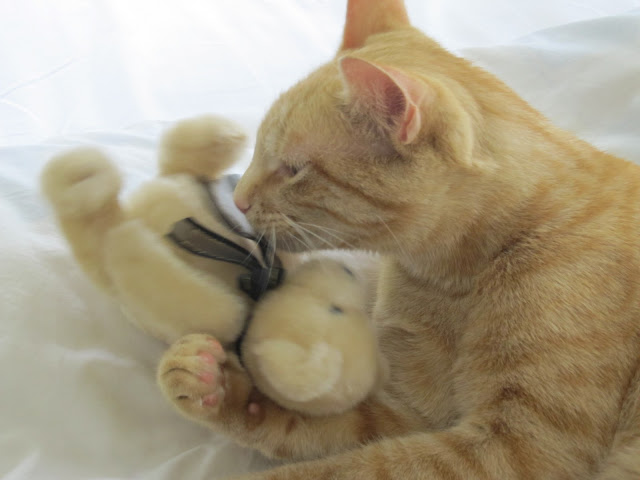 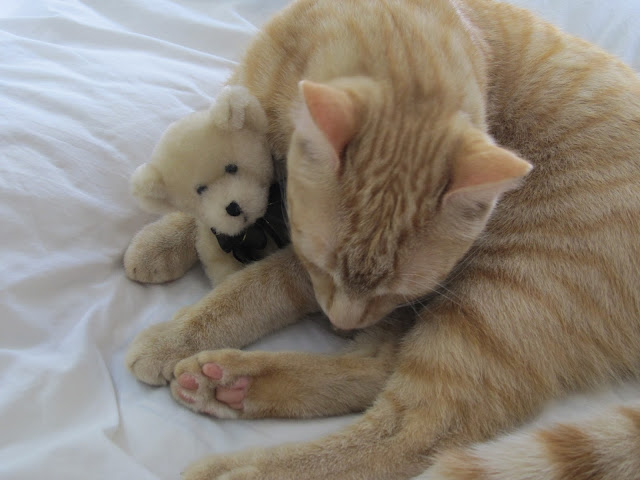