Yesterday we saw a small flock of sheep run past our garden gate. They were on a mission, but being sheep, had forgotten what it was. 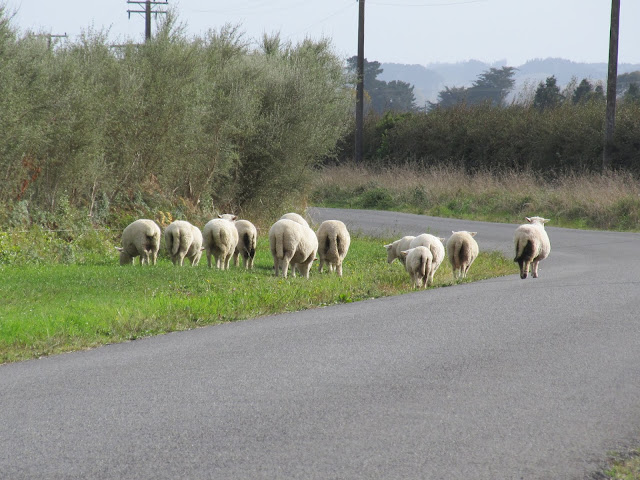 I phoned a neighbour who told us later they had been captured and their wooly bottoms had scuttled reluctantly home.

This morning, on a rare walk towards our hills, I was almost knocked over by the same flock, skipping down the 'long acre' looking for clover.

Thankfully another neighbour happened to be walking in the opposite direction. She had been the one who had got them into a paddock yesterday. Between us we gathered them up. She ran ahead and opened the gate on a neighbours field. I got behind them and ran them to the right side of the road. They stopped abruptly and started to graze. Then another neighbouring farmer's dogs started to bark which was enough to get the wooly bums hopping through the gate and be secured, until next time.

I had to smile. I have been doing family history research for 6 years, picking up the mantle of my late father. We're an ordinary bunch, no skeletons in cupboards, no hidden aristocrats (at least on my dad's side). We used to joke that we came from a long line of shepherds and sheep rustlers.

I rest my case.