I bet Paul Hollywood doesn't have this problem.

Living in the country with three city cats has been a learning curve. I did wonder how they would settle, but they have taken it very much in their stride.

Here are a few comments from my Facebook page today. It was one of those days when I had a LOT to do, and I was trying to get it all finished in time so I could have a nana nap. No such luck. The events took place within a space of 30 minutes, the time it took for my cardamom bread to rise.

Half way through making bread, I see 4 naughty lambs have escaped from our paddock and are charging around next door. Sheep dog activated, lambs grounded, yows giving them a royal ticking off! Who needs Netflix?

Mango tries to bring an adult rabbit into the house. I get to the cat flap before he does, and get out to try and rescue rabbit. Wrangle 8kgs of hungry cat, meanwhile the rabbit plays dead on the lawn. I try and encourage it to get up. It does, but Mango escapes and chases it at an illegal speed across the paddock. Sadly, I don't think it will escape a second time. So long as he doesn't try and get a lamb for dessert. 15 minutes ago I'd refused to give him an extra lunch, so he got his own takeaway. Blooming menace!

Caught Mango, who is slithery with the damp grass. Rabbit should get an Oscar for the death performance. I took the cat out with a flying tackle near the paddock gate. Rabbit is thumbing a lift home and the ginger murderer is now locked up.

Well at least the bread worked out OK 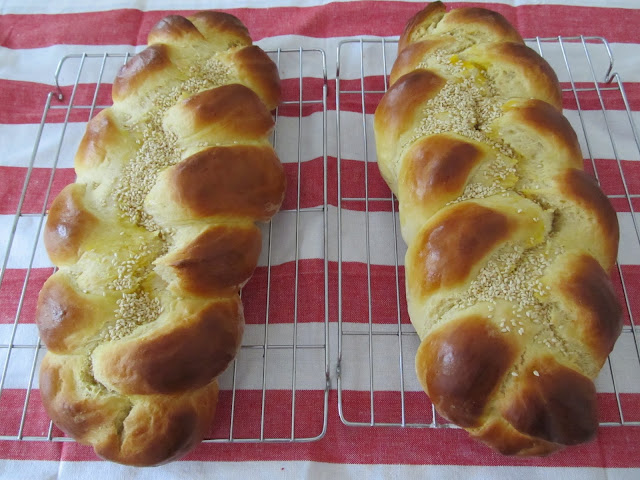