When there is more in the box than you expect

Today, as it is raining, I decided to start the task of cleaning and clearing out our walk in wardrobe. It stores clothes and shoes, but also all my family history research, old Christmas cards in boxes and tins of photos, diaries and papers, still to be worked through from previous generations.

Today I opened the box, for the first time, of my christening gown. I knew it was wrapped in tissue paper, but I have never had any particular curiosity about it and have just left it wrapped up. I got a shock. There wasn't one Christening gown, but four! I have no idea which one I wore, but I have speculated who the others belonged to.

There are two almost identical. I am guessing they were bought for my grandfather's elder siblings, twins born in 1901. They died aged two months. By Edwardian standards, my great grandmother was considered "old" to have her first children at 34. A year after their deaths, my grandfather was born.

The other two gowns, one very simple and the other which looks Victorian in design I have no guesses for. It is possible they came through my great Grandmother's line, as she had three siblings, all of whom died young. My great grandfather had five siblings, so I'm not sure the gowns would be in such good condition after 6 christenings.

I confess, I feel emotionally fragile after looking at them. A new baby represents so much joy, and yet how many of those hopeful aspirations were dashed as babies died too young, or suffered illnesses that had no cure.

I'm not sure which one I was christened in, but I am guessing one of the twin's dresses. I was a large baby and 3 months old before I was well enough to go through the ceremony. So much to reflect on. 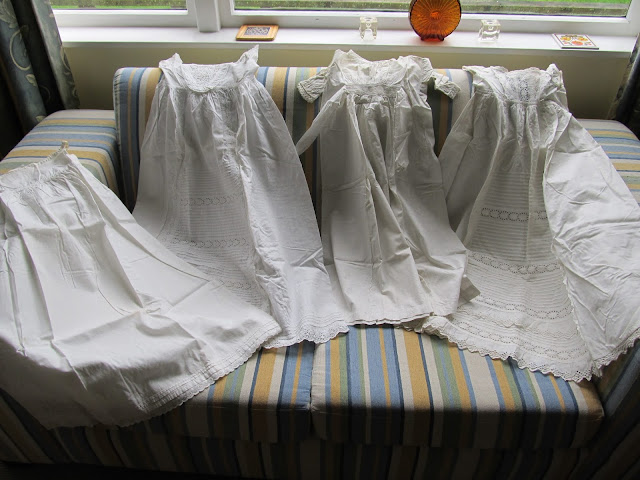 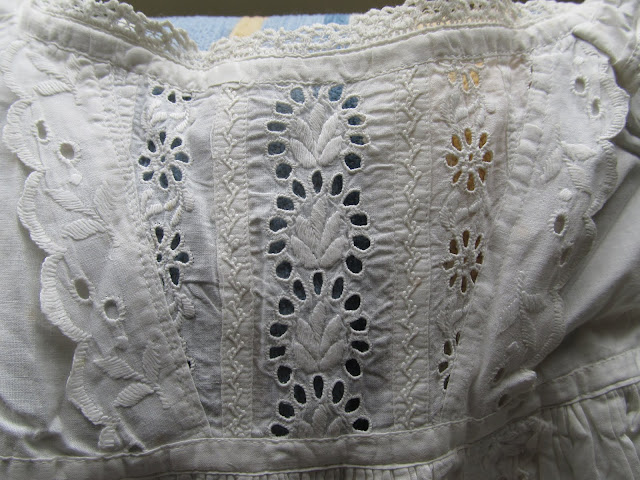 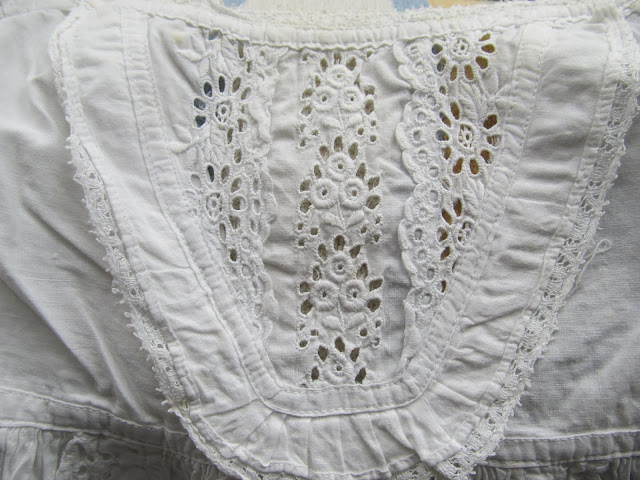 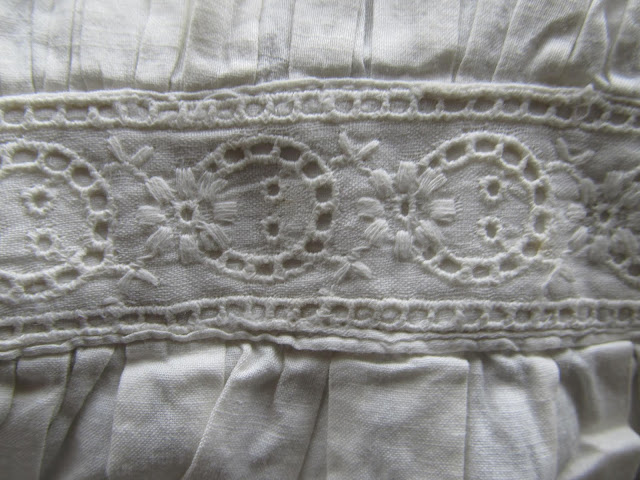