A piece of land next to the river was sold recently to a young farming couple. They are planning to build a home on the land, but currently it is occupied by a number of very young calves and a tethered goat. The goat has made friends with the horses in the adjacent field. It isn't uncommon to see the three of them having an early morning chat when we drive past on the way to work.

One of the calves however has given us cause for concern. He was tiny and skinny and in the recent cold weather had a waterproof jacket on. We wondered if he would survive. Today it is much milder and Little Spotty Fella is without his bright orange jacket.

I decided to walk along the road to introduce myself. He and his bigger and stronger pal were some way off, so I started to sing near the fence. Initially LSF trotted forward. 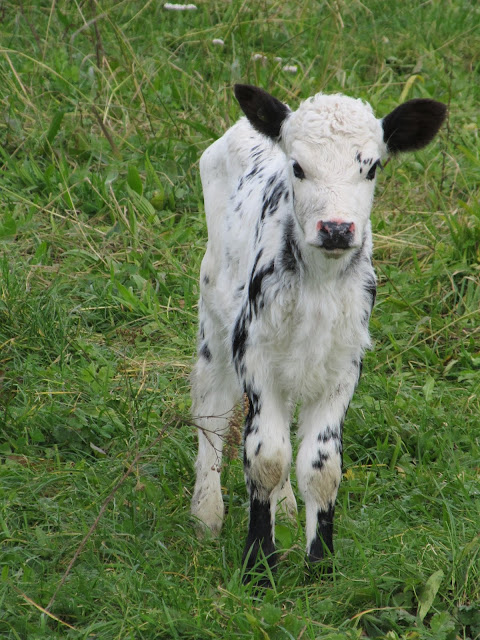 It was then I realised he had a wobbly head. I suspect it was a difficult birth as he was very bony and looked a bit fragile. But he was enjoying my singing so approached a bit closer. His pal came with him to protect him from me (and possibly my singing - the only songs which came to mind were folk songs!) They stared, I sang. When it came time to walk away, LSF trotted along with me for a while. The singing evidently wasn't that bad. 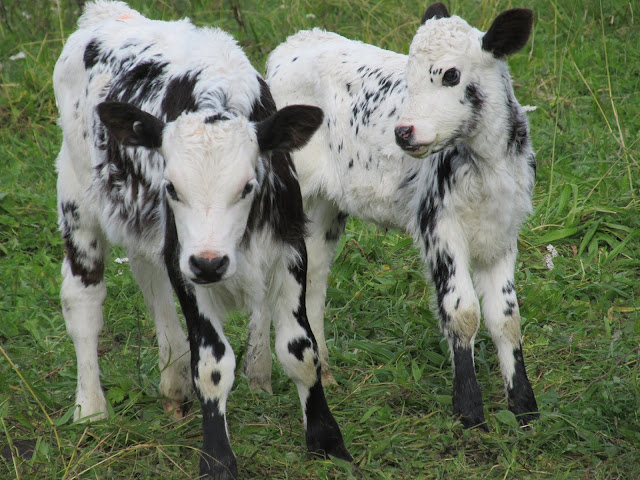 Mr Goatee with a goatee, was less hard to impress and was somewhat preoccupied with a nice circle of weeds. 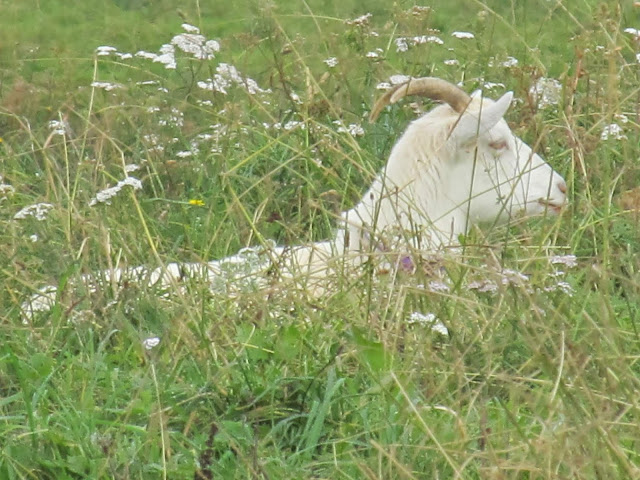 His mates the horses were impossible to coax, even with two pieces of carrot. It was only as I walked away, tossing the carrot into the field that they came over to introduce themselves. Of course then they were looking for a carrot from my hand. I pointed to where I had thrown it. As I walked away they were walking in smaller and smaller circles looking for a piece of orange amongst the clover.