In the last 48 hours the N. Island has been on the receiving end of disastrous rain. For 36 of those hours, the damage was so bad, the capital was cut off. State Highways 1 and 2 were impassable due to damaged bridges and slips. One of these was less than 2 Kms north of our home, so although we could drive south, we couldn't drive north. Anyone desperate to get to Wellington had to go detours the equivalent of York to London.

Our small road was also hit. We have a stream running across the area where we live, about 1km from our house. It was this raging torrent which took out the bridge on SH1.

Before and after photos 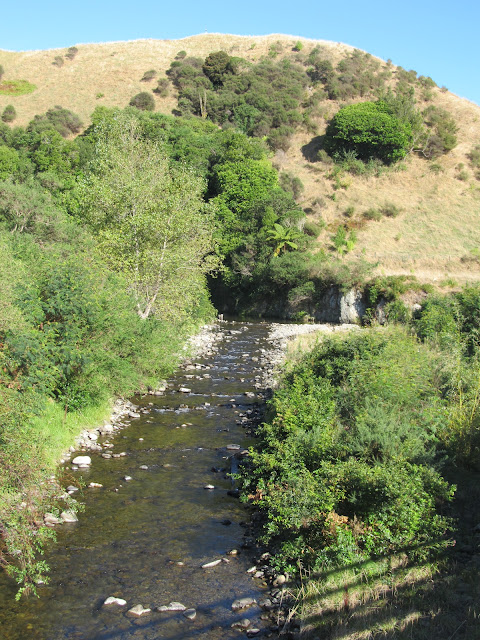 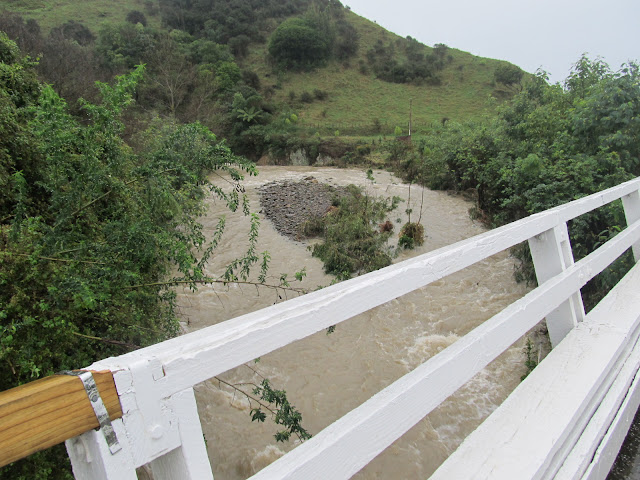 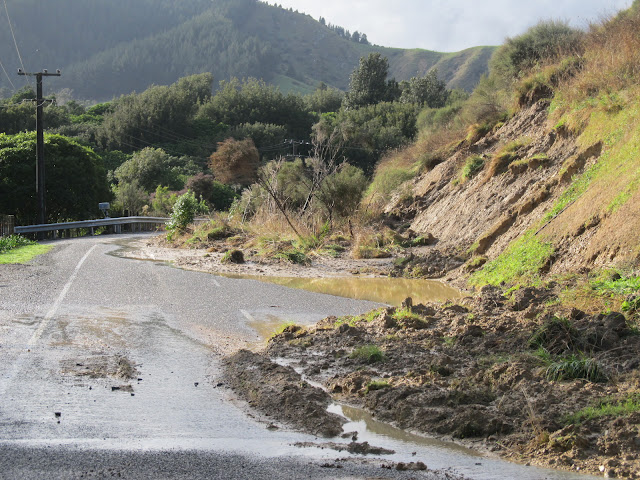 Postscript. This post was saved in draft form, because back in June our internet collapsed. Since June 23rd we have had other minor landslips on our road. We are trusting the entire hill doesn't take a tumble. If it does, our end of the country road will need to declare itself a land locked Republic!
Posted by Jane at 00:40